Communications are changing rapidly. Since the introduction of the first LAN connections, device connectivity has rapidly proliferated into vast cloud networks. Today, the evolution of Machine to Machine (M2M) connections into massive Machine Type Communications – otherwise known as the Internet of Things (IoT) – marks a significant turning point for the Telecom, Media & Digital industry, raising both exciting possibilities and complex challenges. In this article, we explore the development of M2M to mMTC and the implications and opportunities in a 5G era.

What is M2M communication?

M2M stands for Machine to Machine. Also referred to as Machine Type Communication (MTC), M2M describes communication between two or more devices via a wired or wireless network, facilitating data transfers that require no human intervention. Initially, such communication was achieved using a network of machines – such as personal computers – that would relay information back to a central hub or server that would then transfer data back. Below is a brief description of the basic components of an M2M architecture, illustrating the principles of this type of communication:

Typical applications or services of M2M

M2M is a far reaching term and there are numerous other structures of M2M connectivity aside from say, a computer network within an office. For instance, it can refer to the distributed systems that control industrial or manufacturing equipment. Below, we describe some more applications and services of M2M:

The stake of the telecoms industry in M2M technologies

Naturally, where there is connectivity, the telecoms industry has a vested interest. Facilitating M2M networks certainly presents an exciting new vertical for telecoms providers. However, previously, 2G and 3G networks didn’t have the capacity to facilitate complex M2M communications. Certainly, we used to think 2G and 3G were cutting edge, but in reality, they only facilitated speeds of 64 Kbits/s for 2G and 2 Mbits/s for 3G – although this capacity was only really evident during texting and Internet browsing. Moreover, there were questions around standardisation is M2M. Many M2M networks are confined to standalone systems that don’t interact with mobile networks or other mainstream transport models.

However, the concurrent evolution of massive Machine Type Communication (mMTC) – otherwise known as the Internet of Things (IoT) – and 4 and 5G networks present a significant opportunity for telecoms providers to enter the arena. As M2M communications integrate and evolve into the IoT, designers and engineers are turning to cellular networks for secure, long-range, low-power, reliable, wireless M2M communications. Furthermore, standardisation efforts in the M2M space spearheaded by the European Telecommunications Standards Institute (ETSI) are harmonising functional architectures.

As a result, various industries are quickly wising up to the power of mobile network technologies in M2M communication. It means the vast, worldwide connectivity of disparate machines, devices and people. Cellular communication allows for the transference of large packets of data at relatively fast speeds with the potential to reach all corners of the Earth. However, before exploring this wager further, it’s useful to break down the distinction between M2M (or MTC) and mMTC (or IoT) communications in more detail.

What is the difference between M2M and IoT?

The Internet of Things (IoT) is a ubiquitous term that describes wireless communication between devices, otherwise known as massive Machine Type Communication (mMTC). These devices pass packets of information amongst themselves, with cloud-based technology at its centre. These technologies are leveraged in both domestic and industrial settings; for example, a smart fridge communicating with a retailer to offer the user suggestions on what foods they are low on and need to buy next.

Although they are distinct, IoT (mMTC) could not have existed without M2M’s developments over the twentieth century. As such, they share many of the same technical requirements, which are detailed below:

IoT or massive Machine Type Communication has many of the same requirements of M2M, albeit on a more complex scale. However, the key requirement is an Internet connection. Constant connectivity and reliability is an essential part of a successful IoT network. Furthermore, a principle requirement is that its systems are relatively uncomplicated and inexpensive, and because of its widespread nature, it needs to be accessible. Also, due to the multitude of devices connected at once and for long periods, devices need high capacity batteries.

IoT services need to be flexible enough to be able to support difficult conditions such as buildings with poor infrastructure. Furthermore, low network coverage in buildings is an issue that IoT devices need to be able to work around. Much like M2M, these services also need to be scalable to account for developments in connectivity potential. As the technology and application evolves, so does the amount of possible connections which could increase pressure on the network. New applications should account for this greater demand and therefore tolerate simultaneous connections.

Key differences between M2M and mMTC

As the description above demonstrates, M2M and mMTC communications share an intertwined developmental path, and as such, some similar technical requirements. In essence, mMTC is an elaboration on M2M; M2M is about connecting machines, devices or sensors, whereas mMTC is the network itself. Conceptually, it represents things connecting with systems, applications, and even people. This comparison is summarized in the table below:

As M2M communication is absorbed into mMTC cloud networks, an important new vertical is created for telecoms providers. Considering the need for a consistent, high-speed cloud network, mobile networks present a key solution – and, with the impending introduction of 5G, it’s now possible for telecoms providers to facilitate this communication. However, this presents various pros and cons for both clients and service providers.

For clients, the principal development it will bring is, of course, speed. It means that the speed of connections between us and machines, and machines that connect to each other, will be lightning-fast. This is not only great for consumers as they are able to access information faster, but for other areas in commerce and infrastructure. Businesses of all kinds, healthcare, city infrastructure and government all gain from better connection speeds.

However, many are seeing reliability as one of the principal benefits of 5G. While increased capacity and speed are very desirable aspects of the upgrade, it is constant connectivity that businesses and users require. With the movement towards IoT, devices will be constantly communicating with one another and the potential for connections to be dropped present too great a risk for businesses. The better reliability of 5G networks reduces this problem.

However, the pros of higher speeds and better connectivity bring one major con; higher speeds mean higher security risks. Just as one machine can better connect to the other intended machine, so too can unintended machines connect. 5G means that it can be a lot faster for people with malicious objectives to connect to sensitive and confidential systems. This speed also means that they can retreat faster and at a lower chance of detection.

There will be an ever greater amount of connected devices, all connected to the same cloud. This means that these devices will all be at risk of being exposed to the same virus or malicious attack. Malware and viruses will move along networks faster making detection and tracing harder to accomplish. These are security risks for both clients and service providers; not only do both risk data breaches, service providers have to be aware of how seriously a data leak could harm their reputation.

Do the risks outweigh the benefits? It is important to remember that these potential issues can of course be overcome by greater protections built in. From the ground up, virus protection should be a fundamental part of mMTC 5G networks.

An important new foray into connectivity

The evolution of M2M into mMTC presents an important new opportunity for telecoms providers. Whereas previously connection speeds excluded them from getting involved in M2M technologies, now, they could be the lynchpin of Machine-to-Machine connectivity. However, service providers need to ensure they proceed with caution; with greater connectivity comes greater security risks. Therefore, telecoms providers need to provide 5G networks that are as secure and reliable as they are fast, ensuring client’s data and their reputations are safeguarded.

Outvise is a unique global talent network with a focus on Telecom, Media and Technology (TMT) business. We are helping our clients to run with their new projects and digital transformation needs with a specific focus on the Telecom and Media space.
We have already provided thousands of days worth of highly specialised expertise for industry-leading companies and management consulting firms across more than 20 countries. 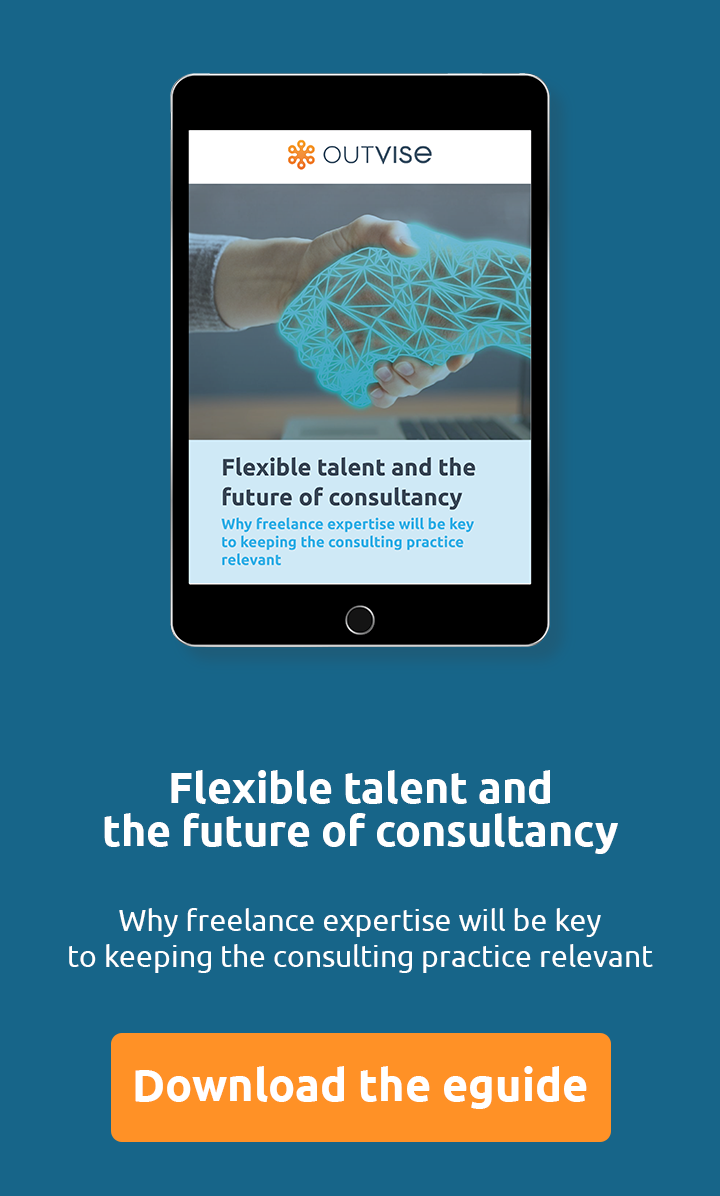